Despite having around 3,000 golf clubs in the UK and Ireland a 2013 study found only 14% of the 1.2 million members are female, which sadly leaves the ‘home of golf’ lagging behind other European countries. So what can be done to encourage them into the game? 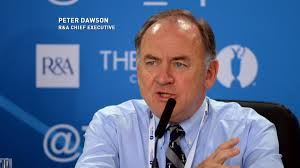 In 2005 a WIGI survey found that many women left the sport because of the attitudes they faced and more needed to be done to make women feel welcomed on the course. If last year’s debate about whether or not men-only golf clubs should remain and R&A President, Peter Dawson’s view that “For some people, it’s a way of life that they rather like" is anything to go by, it doesn’t seem much has changed since then.

Whilst only 1% of UK golf clubs have a single-sex membership policy, the fact that they exist conveys an outdated and frankly unwanted message that will do nothing to attract women into the game. The issue troubles Women’s Sport and Fitness Foundation CEO, Sue Tibballs. “While it may be lawful for private member clubs to remain men-only, it is clearly damaging to the sport’s reputation. A number of golfing bodies are working very hard to break down the traditional perceptions of the sport and encourage a new generation of female participants, and these clubs do nothing to help that cause.” Statistics released by England Golf last year bear this out, showing that the average club in England has only 3 female members under the age of 16. 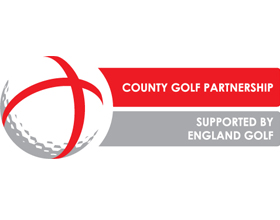 Quite rightly, there are organisations working to educate course owners and staff on how to better support female participation. In 2012, Hays teamed up with City Golf and were inundated with applications for their “Golf for Girls” initiative, which aimed to engage female talent. The County Golf Partnerships reported that 54,000 people were inspired to “Get into golf” last summer, 35% of which were women. The key though is getting these new players to continue playing and that is where the attitude of existing members is so important.

Schools could (and should) play a vital role in re-educating girls. In 2013, the ‘Taking Part’ survey reported that the most common sport for 11-15 year olds was football, played mainly by boys who were also more likely than girls to take part in inter-school sports competitions. Secondary pupils participate less as they got older and, even more worryingly, the difference in boys’ and girls’ participation widens as they move up the school. It begs the question: are schools doing enough to try to redress this trend?

Golf has not been a traditional sport for schools and remains very much the ‘poor relation’. It did not make the top twenty sports in terms of participation, with only horse riding and angling recording a lower figure! The 2010 PE and Sport Survey found that, on average, schools had links to clubs for nine different sports. Golf barely featured.

However, government investment in the School Sports Partnerships and School Club Links programmes provides an opportunity to start changing this situation and golf’s governing bodies must take full advantage of it. Given impetus by the work of the Golf Foundation, the last few years have seen some encouraging signs, but the improvement is from such a very low base that there is an awful lot more still needing to be done. 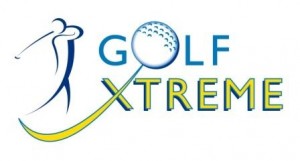 ‘Tri-Golf’, and ‘Golf Xtreme’ are innovative and attractive projects for primary and secondary schools respectively. They make golf easy and fun to play. However, as I have pointed out in a previous article, it is unproductive to light a spark in schools unless there is a progressive framework in place that will thereafter continue to nurture both interest and skill development. At present that framework is patchy at best.

The School Club Links Programme led by the Golf Foundation in association with EGU/EGWU and club PGA professionals has met with some success, but a lot more needs to be done (with more specific targeting of those groups traditionally unlikely to have had exposure to the sport). More club PGA professionals, especially female professionals, need to get out into schools and promote the sport, especially through after-school club activity, while clubs need to forge improved links with schools and find ways to open their facilities to them via youth programmes. If the popular perception that golf is a game for the privileged few is to be challenged and the decline in participation that has been evident in recent years is to be reversed, then a number of clubs need to cast off their overly insular and elitist values and embrace the public more wholeheartedly. 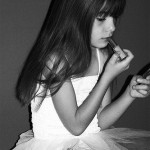 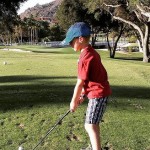 Society’s attitude also needs to change. The 2015 research mentioned earlier showed that girls tend to stop playing sport outside of school as early as 8 years old and the drop-off rate increases as they get older. The reasons for this are just as worrying as the figures themselves. The media in general, but more specifically advertising, is often guilty of peddling gender stereotypes and exacerbating image issues in young women. Perhaps as a result, UK society simply doesn’t do enough to dismantle such stereotypes and convince girls that it doesn’t matter what narrow-minded people think or say. The result is that far too many girls have personal issues about participating in sport. They don’t want to be seen sweating, without make-up and with untidy hair because they think it makes them unattractive to boys. 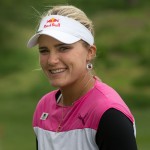 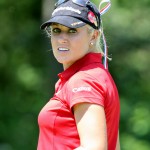 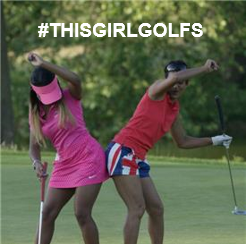 In reality, playing sport tones the body, including those parts that, when in great shape, men find sexy – as magazine photoshoots featuring golfers like Lexi Thompson, Paige Spiranac and Natalie Gulbis testify. Equally important are the videos posted by these same ladies showing themselves without make-up, their hair scraped back, exercising hard and getting hot and sweaty. The two are definitely not mutually exclusive.

The ‘This Girl Can’ campaign, launched last year by Sport England, was all about changing attitudes and inspired England Golf’s irreverent #ThisGirlGolfs video, which ridiculed the conservative and male-chauvinist values that sadly still persist within the game, representing golf in a rather more modern and ‘edgy’ light!.

Every golf administrator should be made to watch it!