27-year-old Jason Day’s almost meteoric rise to the very peak of elite golf performance would not have happened if he hadn't first transformed his body.

That's the firm belief of his trainer, Cornel Driessen, whose workouts have dramatically increased Day's core strength and stability, stripped away over six pounds of unwanted fat and replaced it with 15 pounds of lean muscle.

Driessen thinks the back twinge that forced him to pull out of the Barclay’s pre-tournament pro-am in August would almost certainly been a serious problem were it not for the physical conditioning he's undertaken. According to Driessen, Jason “tweaked his back moving an item under his motor coach” and aggravated “a long-standing disc issue." He went on to say, "If Jason had the same strength profile that he had last year, he would likely have missed the FedEx Cup, that's my professional opinion… he would not be as resilient as he is now.” 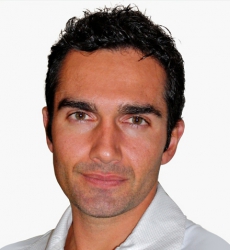 South African Driessen, who took on Day after last year's FedEx Cup, pinpointed core weakness as a significant inhibiter to his performance and injury prevention. Day quickly ‘bought into’ Driessen’s training philosophy and, as a consequence, is now reaping the benefits.

In Driessen’s own words, "His lower core and abs are now incredible and they were close to non-existent in comparison a year ago. He is showing as much as 800% improvement in dynamic core flexion strength and significant improvements across the board."

Why not follow Jason’s example and use the fast approaching close season to get conditioned for success next year? Download our FREE screening programme to pinpoint the areas that are potentially having an adverse impact on your performance. Then use the appropriate golf specific exercise programme(s) to get your body totally fit for golf and help to transform your game. Their modular format means you choose only those that address your individual needs.

www.fittergolfers.com – peak performance to a tee