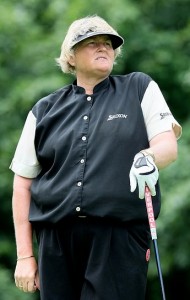 Dame Laura Davies, former women’s world number one, will captain a Ladies European Tour team in a new match play event, the snappily named ‘The Queens presented by Kowa,’ to be held at the Miyoshi Country Club in Japan on December 4-6.

The 52-year-old four-time major champion, Britain’s most successful ever golfer having won 79 titles, will also play in the inaugural tournament. “It’s a one of a kind tournament and I’ll enjoy being part of it,” she said. “I love Japan and that’s one of the reasons I wanted to go.” With the same direct and no-nonsense sort of approach that she brought to her golf game, Dame Laura continued, “As a playing captain, you put your team out in order and have a bit of fun. I don’t think there’s too much involved and so when I was asked I said yes straight away. I can see myself playing in the four ball and I’ll drop out of the foursomes. I’ll just make sure everyone plays with someone they get on with. When it gets to Sunday and the singles it’s like every woman for herself and you’ve just got to get a point on the board and beat the opposition. I think it sounds like good fun.”

The tournament involves four teams of nine players representing the ALPG, JLPGA, KLPGA and the LET.

The format will run along pretty traditional lines for such an event, with the opening two days of the three day tournament featuring four ball and foursomes match play, with eight players from each team competing each day and the final day will see all nine players compete in singles match play with a points scoring system in operation to decide the winning team.

The winning team will take home 45 million yen (about €0.3m euros) along with a further 1 million yen to donate to the charity of their choice and the total the prize money will stretch to an impressive 100million yen. 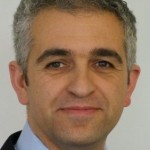 Unsurprisingly, JLPGA Chairman Hiromi Kobayashi expressed similar excitement: “Having 36 top players from four of the world’s major tours competing in a team competition in Japan for the first time has really excited sports fans and we are really looking forward to this dream tournament which is certain to be extremely competitive.” (translated)